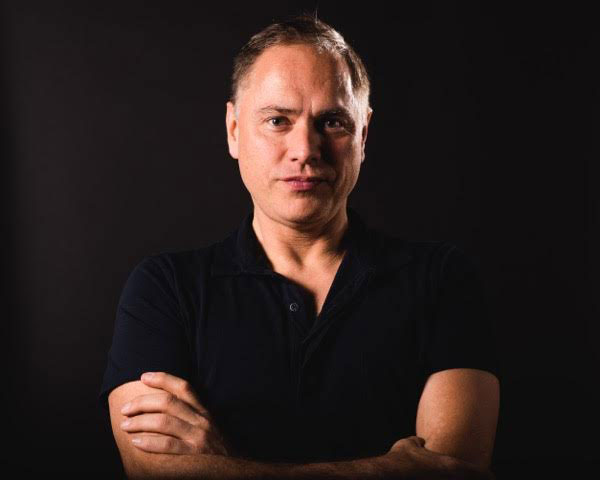 
MaxNöje: What did inspire you from doing it?
Bill Schacht:  I miss the amazing Halloween Parade we have in New York City, where I am from, for over 40 years.  In a town which is already unique and special, if not a touch crazy, that night stood out as even more unique, special and crazy than normal.

MaxNöje: What experience do you have from previous jobs?
Bill Schacht:  I am proud and honored to have worked for and with some of the top artists and entrainment companies in the world.  This background really helps me add some ’special sauce’ to the Shockholm mix.  But, the event is and purely of the incredible people who make it what it is.  Both the attendees, who are active participants and never fail to blow me away with incredible creative, and, the amazing folks behind the scene who work hard for the 3 months before the event to make it as special as it is.

MaxNöje: Why Halloween has grown in Sweden?
Bill Schacht:  It’s a wonderful holiday, maybe only second to Christmas. I see quite a few areas where Stockholm and Sweden are truly world class, and, in a way, Halloween is now celebrated in many parts of the world. So it fits.  I think that a creative parade like this is goal for us —we can grow Shockholm into a world class event the way Rio’s Carneval or Mardi Gras is but with the great elements Sweden brings to it.

MaxNöje: Why will Halloween become even bigger this year?
Bill Schacht:   It just keeps growing!  We have seen the rise, on Google Metrics, for example, directly and hand in hand with the parade, from when we started in 2011.  We experience a 50% or better growth every year, and, see no reason why it won’t continue.  The world has enough difficult things happening, and, we think the chance to come, celebrate and socialize, especially in creative costumes, is something which makes the world a bit better.

MaxNöje: Which is the target group?
Come one, come all, everyone’s welcome to this Halloween ball!  We like to say anyone aged 0-101 is welcome, and, if you are older, feel free to join as well if you are up for it!
MaxNöje: What’s important to think about in order to join?
Bill Schacht:  :  For example do not be shy because everybody is having an amazing day. Or dress crazy and colorful.  Cause this is a party, festival and carneval…. Etc.

MaxNöje: What will happen?
Bill Schacht:  I mean time briefly about the program. Performance first at 15:00 on stage of Kungsträdgården and the Halloween parade (specify where)
The Shockholm Halloween Parade is the crown jewel. Kicking off around 15:30 at Kungsträdgården on Saturday 5th November, with prizes for Best Costume, for 5 different age categories: 0-5, 6-10, 11-20, 21-35, 35+.  Then there is “Best In Show”, and, this year, some new fun!  A ‘mix it up’ theme, where we challenge folks to take two themes—like Spider Man and Pig, to get Spider Pig—for the best ‘mix it up’ award.  So, all are welcome.  Join the parade and walk together along the street towards the Royal Castle, make a right and begin the journey encircling a colorfully haunted Old Town (Gamla Stan), to Slussen, then back on Skeppsbron, over the bridge and back to Kungsträdgården.
Shockholm Bites is a themed food initiative, which was a big success last year. Food trucks are challenged to create a unique item or items they would not likely have on the menu.  All good festivals have their sights, sounds and tastes, so, in the case of Shockholm, you can check in to any participating eatery during the events period to take a bite out of Shockholm!

MaxNöje: What is the VIP party?
Bill Schacht:  Every year we do a special, invite only kick off-party for press and the folks who work behind the scenes—brands, organizations, schools, volunteers, artists, VIP—come together to celebrate but also chat and maybe even collaborate on how to grow this initiative.  We are honored that for the second year in a row, the Stockholm Chamber of Commerce sponsors the party.  The location is amazing—central Östermalm—and the themed food and drinks are not to miss!

MaxNöje: What does the After party of Schockholm? When, where and who?
Bill Schacht:  We had a ball with Thomas Gyllning at Moasebacke last year!  We are about to confirm details for this year.

MaxNöje: What brought you to Sweden?
Bill Schacht:  Living the dream!  Well, yes, of course, that, and, it was a Swedish woman, hard to deny.

MaxNöje: Some cliché ending or inspiring words in order to come Halloween MaxNöje: What is your motto?
Bill Schacht:  Be the change you want to see.

MaxNöje: What’s your final word?
Bill Schacht:  JOIN US!  YOU ARE INVITED!

Tips: "It's All About the Dance" på onsdagar på Casino Cosmopol. Läs mer...